One of the reasons there are so many climate change naysayers is simple: most of us don’t really understand what makes science…science. When a new study was published saying a beer a day might actually be good for you, the media jumps all over it — but not in a bad way. Everyone uses it as an excuse to drink another beer every once in a while. And why not? Apparently science says the beer might be good for you!

But that’s not the way science really works.

After a study like that is published, scientists around the world will inevitably tear it to shreds — because, remember, the point of science is to remain skeptical — by pointing out a study’s many flaws. Eventually someone else will conduct another study with fewer flaws. If the study confirms the findings of the first flawed study, then great. If not, well then that’s great too.

Eventually a number of studies on a given subject will have been conducted, and there will be a general consensus among them about a given conclusion that someone once hypothesized (or one that someone didn’t). That’s science. Science doesn’t reflect a single study. It reflects a wealth of studies, which eventually give us an idea of how something works.

The inclination toward buzz-worthy headlines is why so many people distrust science. Eventually the buzz-worthy headline is overturned by the next study, and people always tend to ask themselves why they should believe anything science says when apparently it’s always flipping back and forth. It isn’t, but we trust what we see (ironically the definition of science) and we see science flip flopping (even though it really doesn’t) because the media showcases it that way.

The science of climate change tells us with overwhelming certainty — based on literally thousands of studies — that humans are responsible for everything that is happening to this planet, and everything that will happen in the next few decades. And we mean that when we say that: “few decades.” This is happening right now, and it’s happening fast. We know this. It isn’t up for debate.

What’s worse, there’s an obvious trend with each new collection of studies published: it’s always a lot worse than we thought it was. Scientists have only recently discovered that the permafrost in Arctic Canada is melting ahead of schedule by a devastating seventy years. That’s big news, but of course no one believes science, so who can even say how much difference it might make in forging new policy here or abroad? Probably not much at all.

We have a president and vice president who continually denounce the conclusions about climate change studies conducted by their own administration, arguing that we’re at least doing something and asking why we should be doing more when countries like China are doing absolutely nothing. Pence recently made this point, but we guess no one informed him that China is actually leading the pack in almost all renewable growth and reducing reliance on fossil fuels. And people believe him, because, well, they just do. It doesn’t matter that China is doing more than anyone else. It never did.

So what do we do now? We fight like hell, because what else can we do?

While there is a fundamental need to cut down our carbon footprint, many countries all over the world have started to pass laws to help the environment. These laws range from protecting insects to decreasing the use of plastic to limiting the use of cars.

For a while, we have been hearing about saving the bees. This is because bees pollinate plants that make up a large portion of our food supply. Currently, the European Union has banned three pesticides that are known as being harmful to bees. France banned five pesticides. France also helps the environment by forcing grocery stores and supermarkets to donate leftover food products to those in need.

According to this article, approximately one garbage truck full of plastic waste enters the ocean every minute. To cut down on pollution, many countries are banning what is known as “single-use plastic.” This includes items such as bags, bottles, and packaging (things that are only used once). Nations that have banned plastic in some form include Rwanda, France, New Delhi, Jamaica, Taiwan, Morocco, and Kenya. According to the U.N., over 125 other countries are also working towards banning plastic use.

Kenya’s ban on plastic is one of the strictest laws that has gone into effect. Anyone who is found to be selling, manufacturing, or carrying will have serious penalties including a fine up to $38,000 and four years in prison.

Small towns in Switzerland and a few islands in Croatia are doing their part to protect the environment by banning the use of cars. While even busy cities like New York City have areas that are for pedestrians only, these places are completely car-free. Beijing, China bans cars once a week and saw that they had a 9% decrease in carbon emissions.

For more information about environmental law, please do not hesitate to get in touch with one of our attorneys.

A group of kids whose lives have been–or will be–greatly affected by a global rise in temperatures are taking advantage of their right to fight the U.S. stance on climate change. Or Trump’s stance, rather.

17-year-old Nathan Baring is an Alaska native. Once upon a time, he could enjoy cold weather activities as early as August. Now he normally has to wait until November, much like the rest of the country. He blames rising temperatures for the change, and he’s willing to take the U.S. government to court because they’re not doing enough to protect his beloved way of life.

9-year-old Levi Draheim is facing a different crisis: one that hasn’t happened yet, but almost certainly will. By the time he is 42 years old, it is expected that climate change-fueled rising water will submerge his current home on an island off of Florida’s Atlantic coast. He too takes the matter seriously enough to hold the government responsible for its inaction.

These two children are fighting alongside nineteen others in order to take the U.S. government to task, claiming it has the responsibility to protect its citizens from the effects of climate change instead of making policy that makes it more likely to threaten the welfare of future generations.

Scientists believe that summer Arctic sea ice will vanish by 2050. Temperatures could rise up to four degrees Fahrenheit. The effects will be felt everywhere, not just in the north. The remaining rainforests could face additional devastation, wreaking even more global havoc and increasing the opportunity for freak weather events already on the rise.

The lawsuit levied against the federal government contends that public trust doctrine was violated. This doctrine has ancient roots. It means that government can and should be held accountable for their failure to protect natural resources for public consumption. These include both land and water. Because the climate affects these resources, the government is indirectly implicated in their demise.

NASA climate scientist James Hansen has since joined the fight. He called the current climate and energy policy “at-best schizophrenic, if not suicidal.” U.S. District Court Judge Ann Aiken sided with the claim with a ruling that said our kids have a fundamental right to a stable environment, going one step further by stating how a stable climate is also necessary to maintain a free and ordered society.

Her ruling paves the way for the lawsuit to proceed as planned.

A provision of the 2005 Gambling Act seemingly removed the insurable interest mandate in almost all common law jurisdictions. Insurable interest isn’t what it sounds like. It’s the relationship between the person who is insured and the subject of that insurance. Insurable interest was considered a requirement in order to legally enforce most insurance contracts. A failed contract is one such reason an insurance provider might find itself at court.

Have you heard of the concept of utmost good faith? It’s what any insurance contact represents.

Most states have their own administrative agencies put into place for regulating insurance, and that can make liability under the law more complicated because many insurers operate across state boundaries.

Another reason that an insurer might find itself in hot water is bankruptcy. When an insurance company files for bankruptcy, the National Association of Insurance Commissioners acts to reduce the financial hardship on both sides of those under legal contract.

The U.S. regulates insurance companies more than you might think, and policyholders are protected against claims that act on bad faith by law. All contracts have certain standards by which they must abide, and premiums are regulated so that prices stay as low as possible. If you think your insurance company is taking advantage of your situation by breaking or bending any clause of the insurance contract, then it’s time to seek the aid of legal counsel. 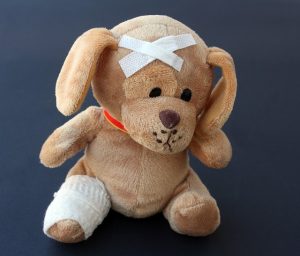 Personal injury can take many different forms, and it’s important you know when you can sue for personal injury versus when you can’t. Did you know that your state of emotional distress during a traumatic event is a type of personal injury? It can be compounded further if you have a physical injury on top of that. There are a number of other situations included in personal injury law. But when can you sue?

Whenever negligence is the cause of an injury, you have the right to compensation. There are many types of personal injury cases: car accidents, slips and falls, medical malpractice, defamation (when a person or organization lies about your or your business, which could cut into your financial bottom line), assault and battery, and dog bites.

Some states have no-fault rules at work that would prohibit you from suing for personal injury after a car crash. In some cases you might also be prohibited from suing when injured at your job. Some municipalities will limit the amount of compensation you can receive after an injury caused by a state employee. Negligence in these situations is why you need a personal injury attorney to navigate you through the legal mess they create.

Most workplaces have access to Workers’ Compensation, which is a pool of money for use when an employee is hurt. Depending on how bad the injury is, there may be disability payments included in the package. If you believe your employer’s negligence caused an accident which left you hurt or disabled, then you should still contact an attorney to explore your options.

When you get hurt because of a government employee’s negligence, you might need to file an injury claim with the government in order to receive any kind of compensation. Sometimes there are strict time limits on when you can do this, so work quickly. Some government employees have a type of immunity which protects them from private lawsuits.

When you get into a car accident in a no-fault state, your options are cut in half. That means you have to get compensation from your own insurance provider in the form of PIP or Personal Injury Protection. It covers lost wages and medical bills. Beware that your insurance limitations will determine how much compensation you can receive. For exceptions to this rule, contact a personal injury attorney.